This school year, I had a few high school teachers beginning to use chromebooks as a full-time tool. Generally, there were two complaints: They weren't able to print and they couldn't run the (Java based) PowerSchool gradebook program. The printing issue was simply because I hadn't set up any Cloud Print compatible printers yet. Accessing their gradebook, on the other hand, was a more interesting challenge.

One day, I had an idea. Its a huge "hack," but it works. We used a service called rollApp to remotely run a Firefox & Java capable environment and, from that, we could run the gradebook. Its a bit like the matryoshka Russian nesting dolls. 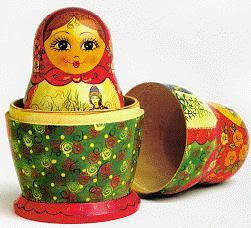 First, from the chromebook you visit rollApp. Then click "Login" and click on the Google logo. This will allow you to quickly login using your Google account and save you from having to remember Yet Another Password. This even works with accounts in a Google Apps for Education system.

Second, once your account is set up, run the rollApp version of Firefox. This will cause Firefox to display on your screen, but its actually running on the rollApp server and using their memory, CPU, etc.

Third, once Firefox is on your screen, go to your PowerSchool system and login. Then run the gradebook program.

The first time you do all of this, it will take a while. The next time, though, there are a few fewer steps. For example, you won't have to agree to so many things and Firefox will be in your list of recently used rollApp programs.

Important Note: As stated above, the gradebook is running on rollApp's servers and not your chromebook. Its only visible from your chromebook. This means that you've allowed rollApp to see you typing in your PowerSchool password. You have to decide if they are trustworthy enough for that. Check with your Information Technology department. There may be a district policy that could guide you on this topic.

It is my hope that PowerSchool will eventually have an HTML 5 version of their gradebook so that this hack isn't necessary. If they even came out with an Android version of the gradebook, that could be ported over to ChromeOS quickly via the Android Runtime for Chrome. So, with any luck, this idea will not be needed some day. For now, however, its an option that you can consider. Just make note of the potential security issue and check if your district has a policy on this before you begin using it.

Posted by reviewmynotes at 9:00 AM